Planning a Trip to Laos

The dry season in Laos is considered to be the best time to travel to the country as the weather will be most cooperative and the temperatures tend to be a bit cooler than they are during the rainy and hot seasons.  Dry (high) season generally lasts from November through March.  Though the shoulder season (July and August) can also prove to be an excellent time to visit.  Though this time of year is the beginning of the wet season in Laos, the true deluge will not have begun yet and the beginning of the rain mean emerald-green landscapes and stunning views.

The currency in Myanmar is Kip.

Budget travelers: Up to $50/day

30 day tourist visas are available on arrival in Laos and cost approximately $35.

It is relatively easy to travel through Laos using various forms of public transportation.  However, one should always be flexible with time as journeys can take much longer than anticipated. Here is some general information about the different modes of transportation that can be found in Laos:

Flights travel frequently between major cities and tourist destinations in Laos due to the extensive domestic flight network in the country.  The schedules tend to be reliable and traveling by air can save a great deal of time though it will cost a bit more money.

Bus travel is inexpensive in Laos, but can be very unreliable.  The advertised travel times are often incorrect and the schedules are often undependable as well. Though there are a few reputable companies that run between major cities, many bus companies use very old vehicles.

Car travel (private taxi) is a fast, efficient, and reliable way to travel overland in Laos, if you have the budget for it.

Boats run frequently between major cities and tourist destinations on any one of the many rivers that run through the country.  Though boat travel can be slow, it can also offer some of the best views and most authentic experiences.

Anyone traveling from Africa or South America within six days of entering Myanmar will be asked to provide proof of a yellow-fever vaccination.  The World Health Organization also recommends the following vaccines: 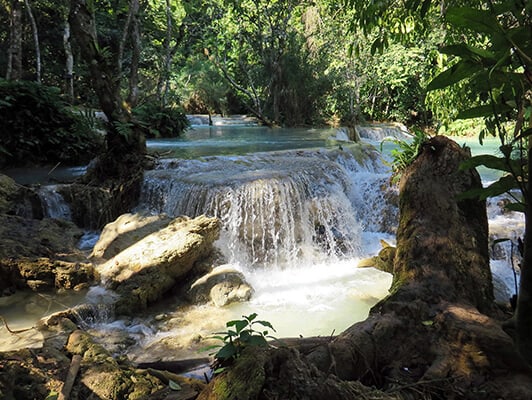