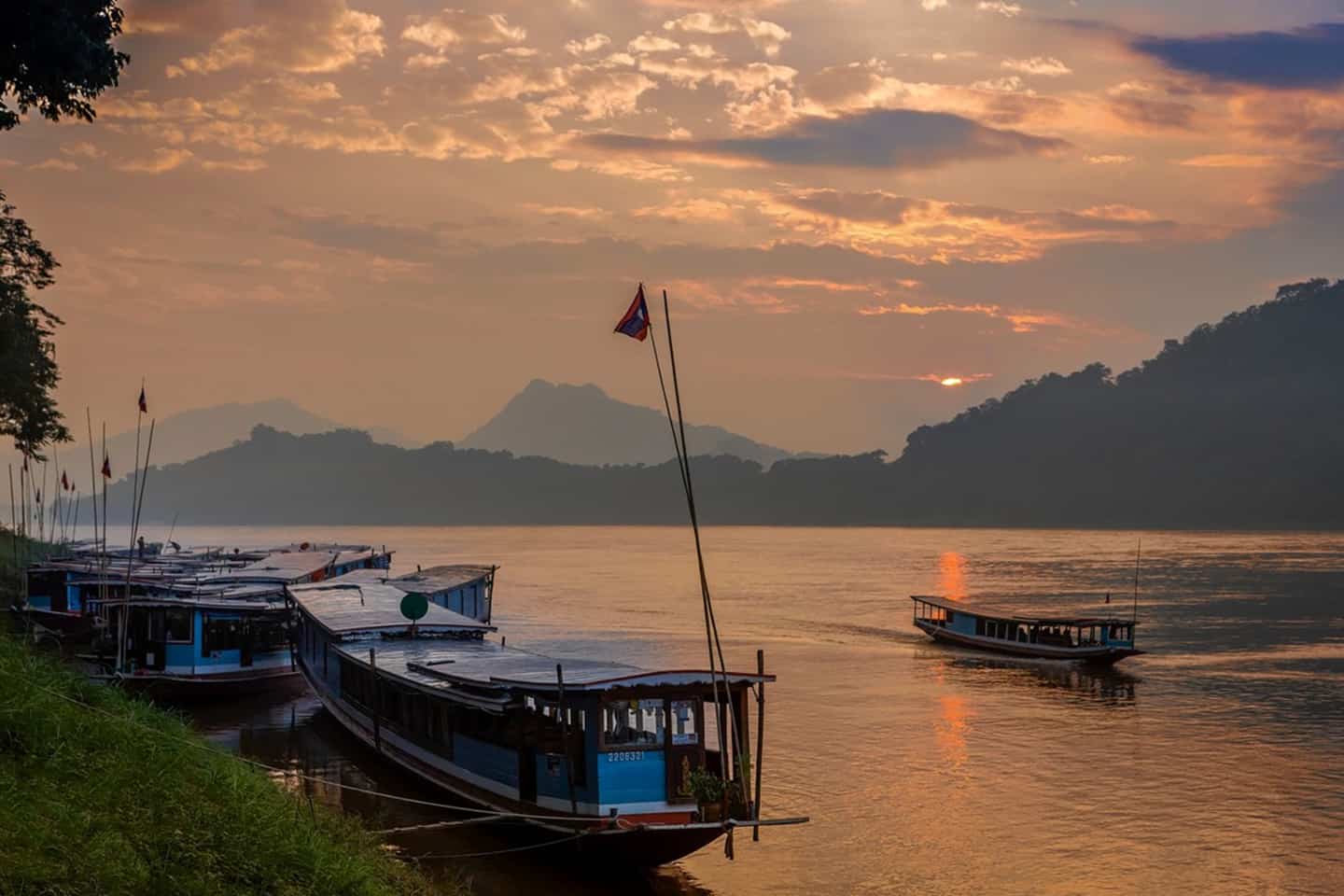 Welcome to Laos!  This area of the country proves time and again to be the most popular with tourists.  Taking you from the bustle and buzz of the capital, Vientiane, through the beautiful countryside and along gorgeous rivers, to the incredible UNESCO World Heritage Site of Luang Prabang (also considered the spiritual capital of Laos). Traveling in this area is easy and tourists are offered a wide range of activities and surroundings.

Luang Prabang is considered to be the spiritual capital of Laos and, among many, considered to be one of the most beautiful cities in the world.  The city has also been named a UNESCO World Heritage Site. Luang Prabang is centrally located in the north of Laos, between the Nam Khan River and the Mekong River and surrounded by mountains.  The cultural and religious heritage in the country (as well as the architecture) has been incredibly well-preserved, displaying both traditional Laotian aspects as well as the French colonial influence.

Wat Xieng Thong is the most sacred temple in all of Laos.  It is located in Luang Prabang and was built between 1550 and 1560 by the Lao King at the time.  The temple is a preserved example of traditional Lao architecture, religion, and culture and continues to be one of the most visited site in the country.

Mount Phousi, located in Luang Prabang, rises 150 meters above the city.  Guests will climb 328 steps to the to the top to experience beautiful panoramas of the city and the surrounding landscapes.  It is a very popular place to watch the sunset over the gorgeous city of Luang Prabang.

Do not miss this three-tiered waterfall near Luang Prabang!  Swim in the clear blue pools and trek around the beautiful area.  There is also a bear sanctuary nearby where guests can learn about Asiatic Black Bears and don’t forget about the Kuang Si Butterfly Garden!

The Pak Ou Caves (also known at Tham Ting and Tham Theung) are located two hours north (by boat) of Luang Prabang and overlook the Mekong River.  The beautiful limestone caves are filled with hundreds of gold-lacquered statures of the Buddha of all sizes.

Vang Vieng has been known for years as a popular destination for party-animals and backpackers.  While this is definitely true, there is much more that Vang Vieng has to offer.  The small riverside town is nestled in a valley surrounded by a gorgeous, flowing river and towering mountains covered in dense jungle.  Trek, cycle, or kayak through the areas surrounding Vang Vieng and hit the bars (or not!) at night.

The beautiful Nam Song River is one of the most popular natural attractions in Vang Vieng.  The city has become famous amongst tourists for the tubing and rafting excursions offered there.  Enjoy a day drifting along the river and looking up at the beautiful scenery with your friends.

Take a short ride through the countryside, past small villages, and rice paddies to reach the Tham Phu Kham Cave and Blue Lagoon.  The lagoon, true to its name, is a brilliant shade of blue and plays host to several rope swings.  It is a popular spot for tourists and locals alike.  The cave is a short (but steep) walk up from the lagoon.  Make sure to wear appropriate shoes, take the hike, and wander through the cool and damp galleries and chambers full of stalagmites and stalactites.

Ang Nam Ngum is a man-made reservoir resulting from the damming of the Nam Ngum River, a short ways from Vang Vieng.  The spot is popular with tourists and with locals.  Come enjoy the water, take a boat ride and eat fresh fish, and enjoy mingling with the locals.

The fast growing capital of Laos is a city full of culture.  From the obvious Lao culture to the more subtle colonial French influences, this city is a must-see while you are in Laos.  Come learn about the history of the beautiful country and become immersed in the hub of the capital.

That Luang, also known as the Great Stupa, is a national symbol as well as the most sacred monument in the country.  Originally built in the third century to serve as home to a breastbone of the Buddha brought to Laos by an Indian missionary, the current monument (built in a traditional Lao style and influenced by Buddhist beliefs) was build much later by King Setthathirat who moved the capital of the country from Luang Prabang to Vientiane.

Come see this iconic war monument towering in the middle of Vientiane.  The monument is dedicated to those who fought in the struggle for independence from the French colonial powers.

The National Museum in Laos is located in Vientiane in a beautiful old building from the colonial period when the french controlled the country.  Learn all about the history of the country and about the different customs and traditions of the Lao people and the various ethnic groups that inhabit Laos.

Between the spiritual capital of Luang Prabang, the actual capital of Vientiane, and the popular tourist destination of Vang Vieng, there is plenty of culture in this area of Laos.  Take a morning or an afternoon to enjoy a cooking class where you will make a delicious three-course meal, learning about the flavors and techniques that make Laotian food unique.

This area of the country is a wonderful mix between urban centers and beautiful countryside.  Take a cycling city tour through Luang Prabang or Vientiane, or hire a guide to take you cycling out through the countryside.

Whether you’re swimming in the blue lagoon or kayaking on the one of the rivers, whether you’re cruising along a river in a long-tail boat or tubing in Vang Vieng, there are plenty of water activities to enjoy in this part of Laos.