The World of Natural Wonder! 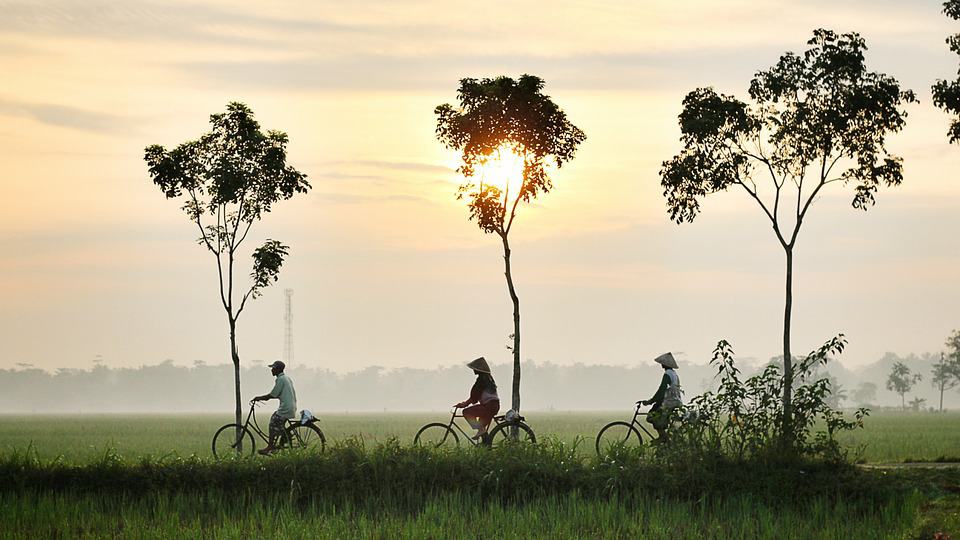 The Imperial Citadel of Hue was served as capital of Vietnam’s Nguyen dynasty for almost 150 years until World War II.  The central structure was the Purple Forbidden City, just a place served exclusively for Emperor and his family. The enormous Imperial Citadel was also a strategic hold during the Vietnam War, and it stands very close to the demilitarized zone that separated North and South Vietnam.

The Imperial Citadel is the World Cultural Heritage and one of the relics of the Hue ancient Capital that situated inside the Imperial Citadel complex, behind the Throne Palace. It is significant for all those who are interested in the history of the nation.

My Son was an old Hindu temple of Champa Kingdom in central Vietnam today. The temple was built in between the 4th and 13th centuries just after the birth of the Khmer- Angkor Empire which is Cambodia today.

The many towers of My Son were made of bricks, decorated with sculptures of gods, priests, sacred animals (dragons, snakes, lions, elephants), and scenes of mythical battles. In addition to being a place of worship, kings and religious leaders were interred here.

Touring in My Son today is like stepping back in time, thanks in part to its secluded location and the lack of touristy infrastructure.

Hoi An is one of the provinces of Vietnam and home to many Best Preserved- Old Brick temples were listed as Unesco World Heritage Site in 1999. It was an old city of Cham people during the Kingdom of Champa took place between the seventh and 10th century’s almost entire central Vietnam today. And the former internal harbor town of the Cham people and old port of Chinese business and trading group sine 16th– 17th centuries. Here in the center of this old city there are still many Chinese-styled shops as the building was influenced by Chinese.

Hue was national capital and seat of Nguyen Dynasty emperors from 1802 to 1945 ), once the emperor’s home; and a replica of the Royal Theater. And now is today central city of Vietnam and large citadel of Đại Nội in 19th century which is surrounded by strong concrete wall and water moat. The imperial city taking in many shrines and palaces and  the Forbidden Purple City

It located in Danang The Marble Mountain  is the best known travel and tour attraction because of its alluring beauty. Climb up the stone stairs many carved mountain stone steps leading to the Buddhist monastery to explore the beautiful caves and stunning view from the top of the mountain. After heading down the mountain the guest visit the stone village where the skilled village craftsman making many marble sculptures.

Hoi An,  see Old Brick temples were listed as Unesco World Heritage Site in 1999. It was an old city of Cham people during the Kingdom of Champa took place between the seventh and 10th century’s almost entire central Vietnam today.Here in the center of this old city there are still many Chinese-styled shops as the building was influenced by Chinese.