Take a Trip in the Mekong Region – Southeast Asia 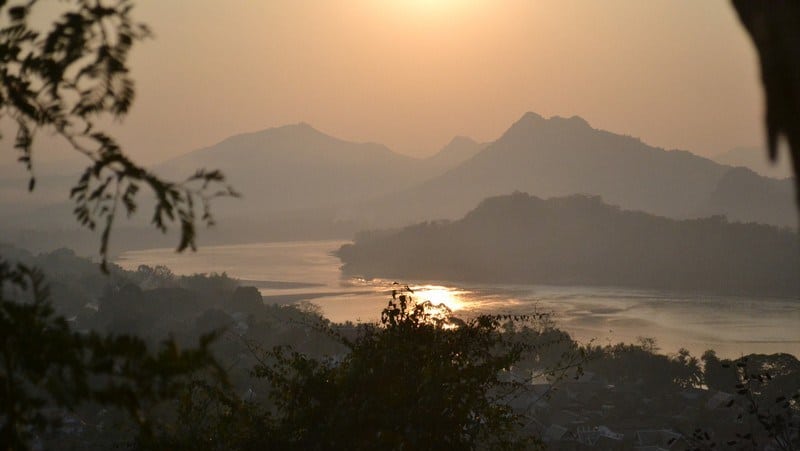 Visit the exotic countries of Myanmar, Laos, Thailand, Cambodia, and Vietnam. Southeast Asia has a lot of offer and these five largely Buddhist countries share many similarities but are also very different in their own unique way.

Myanmar is a very popular place to visit and you can see thousands of temples including the ancient ruins of the Bagan temples. You can also see sacred and religious sites such as Shwedagon Pagoda. In the south, you can visit some stunning beaches such as Ngapali Beach.

Recently, Myanmar has opened itself up to the world after years of military rule. There are still many problems in Myanmar and tourists are advised to stay near to the main tourist areas. However, the welcoming people, the ancient temples, and the stunning views make Myanmar a place to remember.

Visitors to Myanmar love to visit the ancient city of Bagan in Myanmar where more than 10,000 temples and pagodas were built. The city served at the capital of the Pagan Kingdom and it’s seen by many as an equal to Angkor Wat in Cambodia. Taking a balloon trip over the temples is very popular and as Myanmar has only recently opened up to the world, tourism is still quite low and popular sites are a lot less crowded than in other countries.

The Mekong River stretches the entire way through Laos and there are many things to see and do in the country. Luang Prabang is a UNESCO World Heritage Site and is one of the most visited destinations in the Laos. There are more than 30 temples, old French architecture, and many beautiful natural sites to visit.

You can also visit Vientiane which is the capital city of Laos. Here you can see many Buddhist temples, French-colonial architecture, the 16th century Pha That Luang and Wat Si Saket. Van Vieng has also become a popular spot for visitors and you are surrounded by large mountains, stunning rivers, and beautiful countryside. One of main reasons for coming to Van Vieng is for the tubing. Many visitors come here specifically to ride tubes down the large river.

There are many pagodas to visit in this great Buddhist country. If you love nature and adventure, Asia Travel recommends that you consider a unique handpicked tour which includes a cruise on the Mekong from Thailand to Laos, cycling south along the Mekong towards Cambodia taking in the stunning natural beauty all around you.

The Mekong also flows down the north and east of Thailand along the border with Laos. Thailand is famous for Bangkok and its stunning beaches in the south. Along the northeast of Thailand or Isan as it is known locally is home to some of Thailand’s best national parks, ancient temples, and wild countryside. Bordering with Laos and Cambodia, you can see many natural attractions, get unique cultural experiences, listen to traditional music, or explore fascinating towns.

You may not be close to the relaxed beaches or the parties in Bangkok, but Thailand has so much more to offer.

In Cambodia, you can explore the sights and sounds of Phnom Penh which was once described as the Paris of the East. Just a few hundred miles from Phnom Penh is Siem Reap, the gateway to the temples of Angkor. You can easily spend a few days getting lost in Angkor Wat and the surrounding temples.

You can also explore the popular temples at Angkor Wat and learn about the unforgettable experience endured during the Khmer Rouge era. Phnom Penh is home to the infamous S-21 Prison which was used by the Khmer Rouge to interrogate suspected enemies.

Finally, we can head south where you can see the beaches of Sihanoukville, the sleepy town of Kampot or relax by the ocean in Kep. You can also visit the islands of Koh Rong if you want to escape the mainland for a few days.

The Mekong goes through South Vietnam and nearby Ho Chi Minh (Saigon) city. You can spend days exploring the massive city of Ho Chi Minh. Try eating some delicious Pho on the sidewalk, visit the museums, and more.

Vietnam also has a long and beautiful coastline which stretches all the way from the hot south to the more temperate climate in the north. You can also learn about the atrocities committed by both the Vietnamese and Americans during the Vietnam War.

Here you will travel through what is called the Mekong Delta which is a lush area of land with many canals and rivers which are known as the “lungs” of the great Mekong River. There are many islands to discover, such as Phu Quoc and Con Dao.

The Mekong is the 7th largest river in Asia and is a few thousand miles long. You can visit the wonderful countries in this region from the mountains in Myanmar and Laos, to the jungles of Thailand, the temples of Angkor in Cambodia, and the wonderful Saigon city in Vietnam.

Adventure Asia Travel can design you holiday to learn about the history, reality, and go on an adventure of a lifetime through the Mekong Region.