The Kingdom of Wonder!
Cambodia is home to the stunning beaches, national parks, islands, and mountains all in the south of the country. 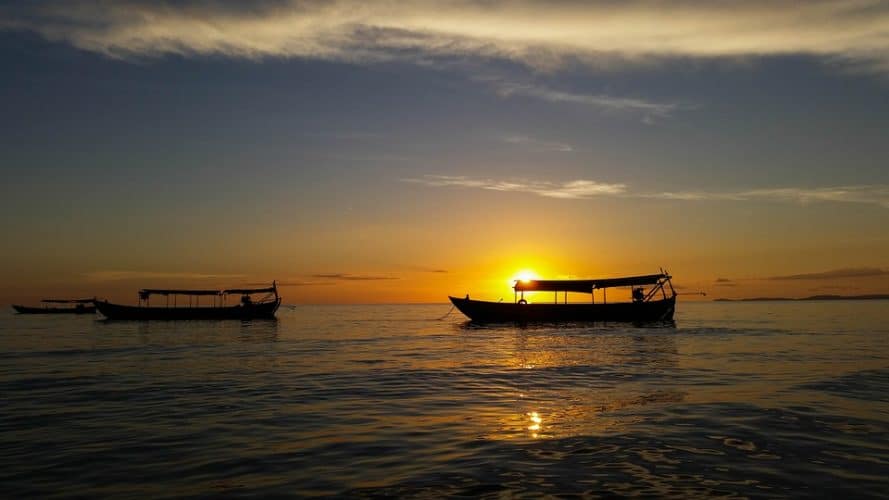 There are many beaches and islands to explore in Sihanoukville. Popular beaches include Ochheuteal, Otres, Independence, and Victory Beach. You can sit in the sun and swim in the calm sea on any of the beaches here.

It’s also possible to visit Koh Rong and Koh Rong Samloem which are still largely undeveloped resorts. There is a rustic atmosphere and you can really feel unconnected from the world.

Ream National Park is located around 20km from Sihanoukville. In 1993, the Cambodian government created the national park to protect the country’s natural resouces. There are a number of rivers, forests, mangroves, beaches, corals, and more to see.

If you’re looking for beaches, then Sihanoukville is the place to be. There are many beaches but the most popular ones include Ochheuteal, Otres, Serendipity, Victory and Independence beaches. You can sit in the tropical sun in swim in the calm waters off the coast of Sihanoukville. The beaches are popular destinations for families.

Diving is available all year round in Sihanoukville and on the islands off the coast. It’s best to go swimming in the dry season when the ocean is calmer and more suitable for diving, but many dive companies operate throughout the year.

Kampot is an old fishing town on the river which is famous for the pepper plantations. Kampot pepper is available throughout the world and it’s exclusively produced in Kampot province. You can also go to see Bokor Mountain with the winding road all the way to the top.

You can also explore the town which is a wonderful mix of French-style colonial buildings and traditional Cambodian structures. Kampot is growing quickly as a popular tourist destination for visitors and one not to be missed.

Kep is a small fishing village on the sea and it’s known for its seafood and tropical islands. Th small town is wonderful t explore, the calm waters make swimming a pleasure, and the long promenades make it comfortable to walk, especially in the evenings with the cool sea-breeze.