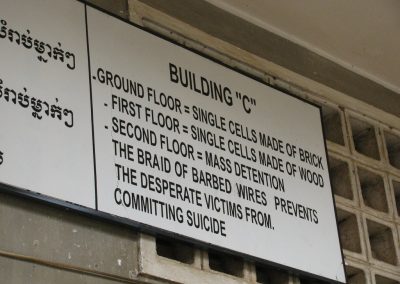 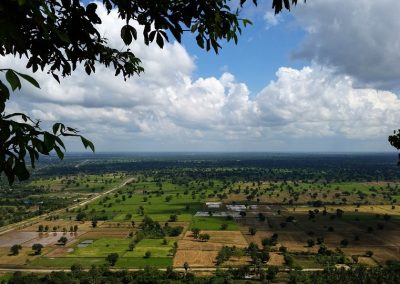 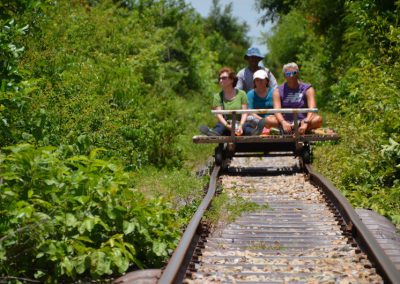 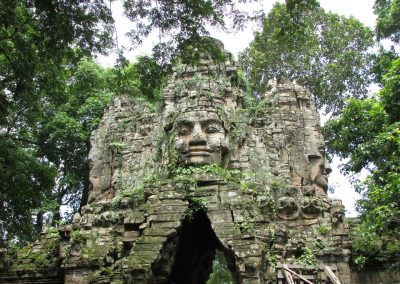 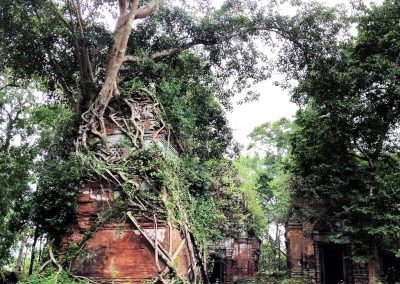 Descriptions: Join the Adventure Asia Travel to experience the real Cambodia. The guests will begin their adventure with archaeology guide at the world famous ruin of Angkor Wat listed as UNESCO highlighted World Heritage Site. Tour around isolated temples, of Koh Ker, Preah Vihear and Banteay Chhmar. The travelers will discover the former Khmer Rouge rebel strongholds in Along Veng near the Thailand border and here they will have a chance to visit the Khmer Rouge Museum at Ta  Mok House and the TOMB of Pol Pot, the notorious awful man. Travel west of to see the Khmer Rouge killing cave in Battambang and the last journey will be in Phnom Penh, the capital city of Cambodia and its attractions.

Itinerary : Up on arrival at Siem Reap international airport, the travelers will be  met with our local expert  English speaking guide and driver for pick up and transfer to hotel for check in.  The rest of the afternoon will be orientating around the city on your own.

Siem Reap, an ancient city, the gate way to Angkor Wat and the base for exploring the fabled temples of Angkor. In the evening meet the guide for a briefing and dinner

Itinerary: After breakfast, guests are picked up at the hotel accompanied by cultural guide and transfer to Angkor Wat. Before entering the temple, travelers will meet the archaeology guide who will help them to be more understanding about this world famous sacred religious building. One of the wonders of the ancient world it was erected in early 12th, century, and represents one of the most dramatic structures ever built. From the back of this monument through the tropical jungle we slowly see the magnificent ruin with its shrines emerge. It is the most famous and best preserved of all the temples within the Angkor complex. It is said to have taken nearly 40 years to build. The beautiful Bas Relief carvings on the smooth walls are from the golden age of the Khmer empire dating from 9th to the 15th centuries. Today Angkor is the symbol of the Kingdom of Cambodia and its towers appear on the national flag of the country.    Lunch served at local restaurant

After lunch, travelers will start their next tour with cultural guide to the fortified city , Angkor Thom and the huge Bayon temple. Tour begins at the South Gate of Angkor Thom and explore the beautiful 54 statues of Gods and Demons that face each side of the walkway. This leads to the entry gate where you can take photos of the impressive faces of Buddhistatva Lokesvara ( future of Buddha). Then to the tremendous multi-towered temple of the Bayon. Fifty four gargantuan towers that depict the king as a Bodhisattva, (Buddhist deity of compassion) are among the most attractive sculptures in Angkor Thom. From here guests go on foot to visit the Baphoun, a temple mountain with a steep stairway to its peak. After we continue to the nearby Royal Palace, Phimean Akas and see the Elephant Terrace and the Terrace of the Leper King. The remarkable temples offer a startling insight into the beauty and power of the Angkorian era. Then travel to Ta Prohm temple in the following. The 12th century Buddhist temple was in the 2001 film, TOMB RAIDER. The main attraction is the remarkable gigantic trees and vegetation growing through the ruins. Back to the city for late afternoon leisure.

Activities: Off the Beaten Track Tour

Itinerary: Breakfast in hotel. Guests travel northeast, off the beaten track to explore the lost civilization of Beng Mealea and Kor Ker.
The temple of Benag Mealea is overgrown jungle was selected by National Geographic for film and photography, some parts of this monument had been damaged during the civil war. Continue to Koh Ker which was once the capital city of the Khmer Empire and was not rediscovered until the 1990’s as it was used as the battlefield between government troops and Khmer Rouge rebels. The Koh Ker itself is surrounded by may temples, those are the ruins of Prasat Bey, Prasat Thom, Prasat Neang Khmao, the Linga and Elephant temples are still surrounded by jungle, tropical forest, and none of them have been restored. Lunch near the temple.

After lunch guests travel to Preah Vihea temple. This is the most spectacular setting of all the temples built on the Dangrek mountains with breath-taking views. It’s the same age as the temples of Angkor. Preah Vihear is unusual among Khmer temples in being constructed along a long north-south axis, rather than orientation toward the east. The temple was listed as a UNESCO World Heritage Site in 2008. Dinner at local restaurant or hotel

Itinerary: Breakfast, then travel to Anlong Veng still in the area of the Dângrêk Mountains, in the far north of Cambodia.
It is close to the international border crossing with Thailand. Anlong Veng is best known for two historical reasons. It was the last stronghold of the Khmer Rouge in 1998 and the final resting place of Pol Pot.
Over 3,000 people were allegedly killed here by the Khmer Rouge for having become “corrupted” as late as 1993 and 1997.
Travelers stop for a short tour around the museum of Ta Mok, the former Khmer Rouge leader, and the tomb of Pol Pot. In here the guests will have a chance to meet and talk to the former Khmer Rouge soldier or the survivors from the Po Pot regime.
Resume the trip to the massive temple of Banteay Chhmar, along with its shrines and reservoir (Baray).
It is one of the most important and least understood archaeological complexes from Cambodia’s Angkor period.
It resembles Angkor Thom and other structures attributed to Jayavarman VII with the enigmatic face-towers.
Its outer gallery is carved with bas-reliefs depicting military engagements and daily life scenes very similar to the well-known ones in the Bayon. Lunch at Banteay Chhmar Community center

From here travel to Battambang for an overnight stay. Battambag is the province in West part of Cambodia, set just on the Sake river. It is considered rice bold and school fish as the land is fertile and wet. And home and birth place of the Khmer arts, music, sport, education and religious center of Cambodia in the orient. During the civil war, Battambang was on the front line of fighting after the fall of the Khmer Rouge in 1979. The invading Vietnamese troops and the government were fighting against the Khmer Rouge and Battambang was one of their strongholds. The town was off limits to people until the late 1990s when the fighting finished.

Arrive in Battambang, check in. If time allows, the guests will be picked up later afternoon bamboo train ride for viewing the sunset over paddy field. Dinner in hotel

Itinerary: After breakfast at the hotel, the guests will meet with local guide and travel to Phnom Sampov hill. Phnom Sampov was used by the Khmer Rouge to dispose of the dead bodies. The Killing Caves were the  sites of many atrocities from the era where people were bludgeoned to death and thrown into the caves. After arriving near the mountain travelers will take a walk along the paved concrete road or take a jeep from the bottom to the peak of the hill. Guests will stop along the way for scenery viewing and bear by Buddhist temple to see the monks and some young nuns learning Buddhism rules and concepts.

From here travel to Phnom Penh with local guide; along the way travelers will stop for snack if required. Arrive in Phnom Penh late afternoon, check in and free at leisure until time to pick up for dinner.

Phnom Penh, the Pearl of Asia, it has been the capital of Cambodia since 1866 and although it suffered extensive damage during the Khmer Rouge era, the city still retains a rustic charm. Dinner at hotel

.Note!   Adventure Asia Travel will arrange the historian/ lecturer for the private lecture in English about Cambodia history for the travelers to gain more knowledge base on request when in Phnom Penh.

Itinerary: Sadly, our tour ends today.  Guests will have free time for last minute exploring and shopping before saying their goodbyes to their new friends and heading to the airport to continue on to their next destination. The tour may be over, but the memories will last a lifetime!